The Spring Ephemerals in Stebbins Gulch

Spring ephemeral flowers in the forest only bloom for a short period of time after the weather warms up from the winter, but before the trees in the canopy fully leaf-out and the light levels get lower on the forest floor. As such, our days of flower surveys are often long days in the field crammed together all in one or two weeks. This way, we can catch the plants before they go dormant again. But, these days of flower surveys are also ones when I have experienced some of the best natural beauty of the forests at Holden! How to Clone a Tree

How do you study a fully grown tree in a regular-sized laboratory? You collect a branch, take it back to the lab, graft it onto a much smaller tree, and study the clone. And that’s exactly what Holden researchers are doing with beech trees from all over the Great Lakes Basin. They’re making these clones because some trees from the region appear to be resistant to pests that cause beech leaf disease, and they want to understand why. Holden Ph.D. Candidate, Alexa Wagner, has been awarded a Botany in Action Fellowship from Phipps Conservatory for her research in Working Woods. The title of her proposal is “Understanding the impacts of forest restoration on demographic shifts in the understory plant community.” This is the third year of funding and her third year as a fellow. As a part of the fellowship position, Alexa will spend a week at Phipps to partake in science engagement activities including Phipps staff, local K-12 grade youth, and the general public. “I look forward to this opportunity to increase science awareness and practice my formal and informal science outreach skills,” Alexa said. When an Ecologist is a Lab Rat 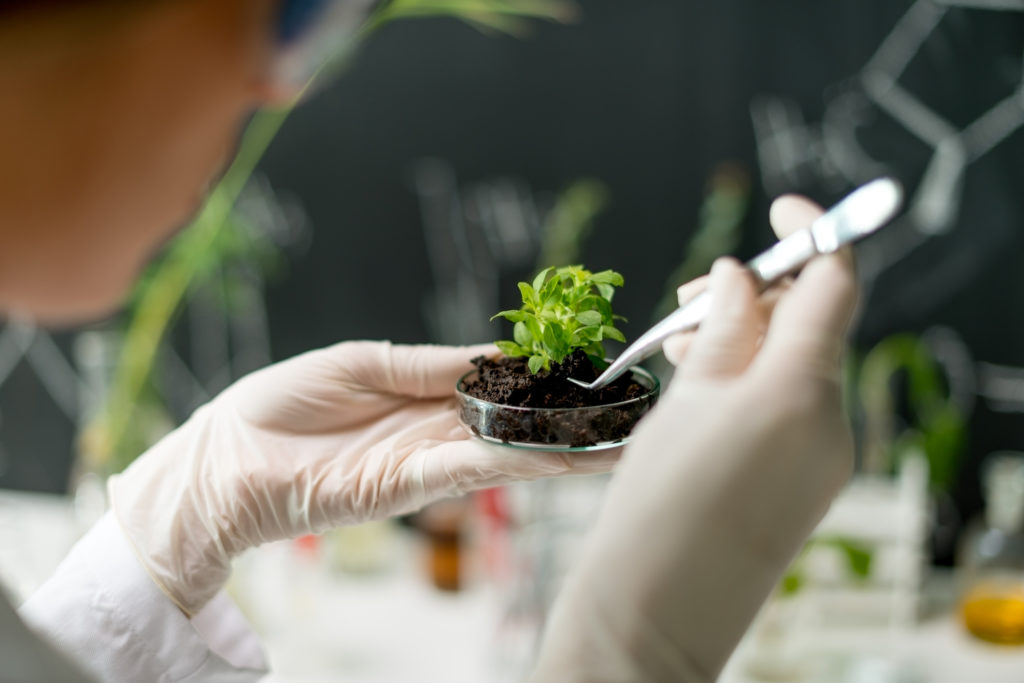 Spring is underway here in Northeast Ohio, meaning it’s time for the Stuble lab and our team of wonderful volunteers to get out in Bole Woods and start monitoring spring phenology. For those unfamiliar, phenology is the study of the timing of natural phenomena as it relates to seasonal changes. In our case, we’re monitoring the phenology of spring ephemerals—the wildflowers that come up in forest understories during the spring while the canopy is still open. This past weekend, Alexa Wagner, Emma Dawson-Glass, and Sam Harbol each presented at the annual chapter meeting for the Society for Ecological Restoration Midwest-Great Lakes Chapter. The presentations detailed current research on forest restoration in the Stuble Lab. A short tale about hemlock trees, bacteria and a nasty insect.

Many of us love our native hemlock trees (Tsuga canadensis). They are beautiful, but more than that, they serve an important ecological role in many of our forests. Where they are found along streams and waterbodies, they cool the water and maintain cold water habitat necessary for many types of aquatic life. In addition, they are important bird habitat, and many moths and butterflies are found only (or mostly) in hemlock. Quick fact: Did you know that hemlock trees can live to be 550 years old? Amaze your friends! What can we do to create more equitable and inclusive STEM educational systems? This year, the Scientist Lecture Series has featured speakers that have successfully run boots-on-the-ground institutional diversity initiatives. These leaders have strong records of advocacy and are employing innovative ideas to build anti-racist/anti-sexist programs, truly they are changing the system in support of a more diverse STEM workforce. Holden Forests & Gardens Scientist Na Wei, Ph.D., and her collaborators from Oakland University and the University of Pittsburgh decoded the scent of flowers and its influence on flower microbes. A story of becoming a scientist in the United States Celebrating International Day of Women and Girls in Science

February 11th is the UN’s International Day of Women and Girls in Science. In honor of this special day, we had a Q&A with some of our favorite HF&G staff members to reveal how they got into the science field and what advice they have for the younger generation. Get to know a scientist: Connor Ryan

Where do plants come from? No, we’re not talking about the birds and the bees or the sun and the soil. Many of our favorite ornamental plants have been specifically engineered to have showier flowers, grow taller, and resist disease, creating plants with little resemblance to their wild relatives. Ever wonder who comes up with these things, and puts them into practice? This week we talk to Connor Ryan – the Rhododendron Collections Manager within Holden’s Research Department – on how he got into collections and plant breeding. Science on Fridays with Holden: Roadmaps to building equitable and inclusive research experiences in STEM

What can we do to create more equitable and inclusive STEM educational systems? This year, the Scientist Lecture Series is featuring speakers that have successfully run boots-on-the-ground institutional diversity initiatives. These leaders have strong records of advocacy and are employing innovative ideas to build anti-racist/anti-sexist programs, truly they are changing the system in support of a more diverse STEM workforce. Lots of plants have problems in landscapes. Perhaps your Colorado spruce (Picea pungens) is losing all its lower leaves. Or your rhododendron’s stems keep dying. Or the leaves of your blueberry bush (Vaccinium) are completely yellow. How do you figure out what is causing the problem, and what is the solution? A common move for gardeners is to run to the local garden center, purchase fertilizer or a fungicide or an insecticide, and then use those products non-discriminately, praying that this will fix everything. While this can sometimes work, there resources for the average gardener to help address garden problems more effectively and sustainably. Get to know a scientist: Samuel Harbol Relative to plants and animals, identifying fungi presents unique challenges. First, the kingdom fungi is extremely species rich. While nearly 100,000 species of fungi have been discovered by science, estimates of the total number of existing species range up to 5.1 million! Get to know a scientist: Alexa Wagner

Scientists as a demographic are often viewed as a mythic group—the keepers of knowledge, uniquely capable of understanding complex systems, destined to their career choice from birth. However, this line of reasoning often makes the idea of becoming a scientist seem unattainable. Here in Holden’s Research Department, my fellow scientists and I often marvel at this perception. Usually, rather than talking about new groundbreaking scientific discoveries, most of our conversations revolve around the things we don’t know, all the facts we’ve forgotten, and the things we’ve messed up. These challenges do not make us feel like less capable scientists—rather, we view them as essential parts of the process.

Science on Fridays with Holden: Roadmaps to building equitable and inclusive research experiences in STEM

What can we do to create more equitable and inclusive STEM educational systems? This year, the Scientist Lecture Series is featuring speakers that have successfully run boots-on-the-ground institutional diversity initiatives. These leaders have strong records of advocacy and are employing innovative ideas to build anti-racist/anti-sexist programs, truly they are changing the system in support of a more diverse STEM workforce. December 5th marks World Soil Day. World Soil Day began in 2014, initiated by the United Nations, to focus attention on the importance of soil health. But what exactly is healthy soil? The soil ecology lab at Holden Forests & Gardens asks this question each and every day. What can we do to create more equitable and inclusive STEM educational systems? This year, the Scientist Lecture Series will feature speakers that have successfully run boots-on-the-ground institutional diversity initiatives. These leaders have strong records of advocacy and are employing innovative ideas to build anti-racist/anti-sexist programs, truly they are changing the system in support of a more diverse STEM workforce. At Holden, Our Resilient Forests Are Also Laboratories

At Holden Forests & Gardens, we’re pretty excited about trees. And, we’ve got a lot of them! In addition to the thousands of trees in our gardens and collections, the arboretum campus is also home to several thousand acres of forest. These forests range from remnant old growth stands, to young forests recovering following decades of agriculture. They provide both critical habitat as well as outdoor living laboratories in which we conduct research to better understand the natural world. Great scientists are made, not born

We’ve all heard the story; a famous scientist is asked how they got interested in their subject area and they say something like “I’ve always loved sea otters and wanted to be a marine biologist ever since I was a little boy”. This common storyline is part of why scientific skills are viewed as inherent, people either ARE scientists, or they ARE NOT.